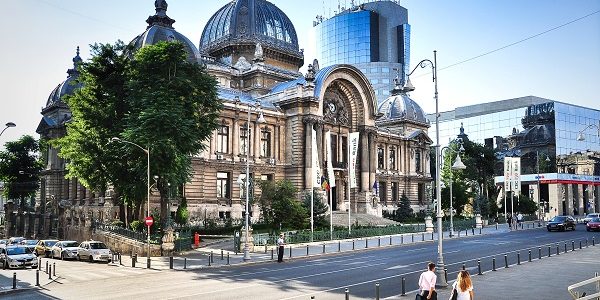 Bucharest is must see according to Rough Guide and, besides the night life, there are plenty of things to enjoy in a sightseeing around it. Read the following lines come as a tease for what you can see and do in Bucharest. You rather  join us for a private standard Bucharest city tour to have a comprehensive idea what this vivid beautiful urban masterpiece is about!

It is one of the largest intersections in Bucharest which draws its name from the famous Victoria Avenue. Victoria Palace currently the headquarters of the Romanian Government – is the key institution of the square, seconded by the National Museum of Natural History Grigore Antipa, in the opposite direction. The second blends greatly into the surroundings with its Romanian architectural influences.

Previously called Mogosoaia Bridge, Victory is one of the oldest and most famous streets in Bucharest It is perhaps the quintessential view to picture the small Paris during prior and interbellum period. Along this avenue, almost 2 km long,architectural beautiful buildings, masterpieces, unfold one after another with their specific style:

By far the most impressive and best known tourist attraction in Bucharest is Palace of Parliament or, as Nicolae Ceausescu called, the People’s Palace. Sitting proudly on Arsenal Hill, the current Palace of Parliament is certified as a second administrative construction in the world after the Pentagon.

The Palace described in facts and figures might cause bewilderment: 270 meters length, width – 245 meters, height – 86 meters, 92 meters below ground level, 1,000,000 cubic meters of Ruschita (Romanian) marble, 700 architects and the numbers do not stop there !

For the last one,visitation is possible only with a reservation made in advance with 24h – 48 h, and the visitor is bound to have an identity card or passport on him (no driving license or insurance card).

How to book a transfer from Bucharest airport to city center
September 20, 2019

How to get from Bucharest airport to city center
September 17, 2019

The health and safety of our passengers and employees is our top priority. Because of the coronavirus COVID-19 pandemic, our company has taken a number of precautionary measures to provide the highest level of protection for our customer and stuff.

A cleaning procedure of the vehicle interior surfaces is conducted following each ride, and all vehicles areas are cleaned and disinfected daily. Furthermore, we have instructed all employees to seek medical attention immediately if they feel unwell, and we do not allow seek employee to report for work.

We made some changes to our regular services as a result of these precautions, such as the removal of all printed and reading materials from the seat-back pockets, water, or beverage offerings, and the limiting of all physical material sharing between passengers and drivers wherever possible.

We appreciate your understanding and we are dedicated to continuing to provide you with the highest level of services that you have come to expect.

We wish you the best of health and look forward to work together as soon as possible .