This is a comprehensive tour of Bucharest. Organizing private guided tours with a small group, allows us to better fit with your schedule, your rhythm, your interests, and allows us to move around the city centers’ narrow streets across Bucharest! You just enjoy it! 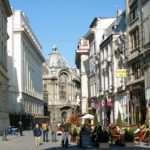 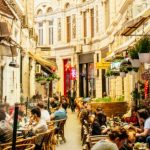 If you have a short time in Bucharest and want to see the highlights, we have prepared this private tour for you. In a comfortable chauffeured vehicle, a half day private tour to experience the most important sites in Bucharest with a knowledgeable guide. Of course, the tour can be customised to your requirements.

Come with us to all the must-see places in the city. We’ll take you on a historical journey. This is the best way to have the authentic Bucharest experience at the best price.

We offer Bucharest city tours with a private guide, in English, Italian, Rusian, German, Spanish or French for groups up to 18 passengers like a couple, family or a group of friends.

The 4 hours panoramic tour of Bucharest will start in the hart of the city in Revolution Square.

Know before you go
Since this is a private tour, we always take into account your preferences in terms of sights. For the same reason, the Bucharest sightseeing tour starts from a point of your choice (hotel, office, straight from the airport), not from a fixed one and you can select the pick-up time.
It is recommended for families with children – we offer free child seat and you can stop along the way whenever you want. In case you travel with a child please provide us your child seat requirements. In accordance with the legal provisions in force, the child seat is mandatory.
The tour includes the most important attractions that we recommend you should visit, but you are free to set your preferences, choosing to spend more time in places you enjoy the most.
There is no age limit for this experience
Landmarks 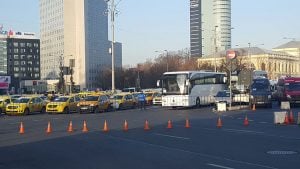 Is one of the largest intersections in Bucharest which gets its name from the old and famous Victory Avenue, the boulevard that leads into the square. Victoria Palace, currently the headquarters of the Romanian Government, is the key institution of this place, together with the National Museum of Natural History “Grigore Antipa”, across the street.

By far the most spectacular and renowned sight in Bucharest is the Palace of Parliament, or as Nicolae Ceausescu used to call it: the People’s Palace. Placed high on Arsenal Hill, the current Palace of Parliament is registered as the second largest administrative building on Earth, after that of the Pentagon. The numbers and statistics are astounding: 270 meters in length, 245 meters wide, 86 meters tall and 92 meters deep (below ground level), 1,000,000 cubic meters of Ruschita marble, 700 architects and we could keep on going!

Visitation is only possible with advance reservation made 24 – 48 hours prior to your tour, and the tourists must carry their ID cards or passports for identification (driving licenses or insurance cards are not allowed). The standard tour lasts approximately one hour. 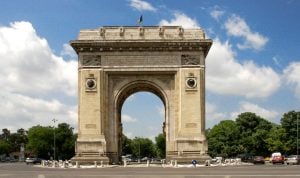 Bucharest’s own Arch of Triumph, Arcul de Triumf is another reason to call our capital the Little Paris. Despite the fact that it passed various stages of construction – reconstruction and only got to its actual state in 1936, the Bucharest Arch of Triumph is more than a simple monument; it is the solid proof of the commitment and heroism of the soldiers who fought for our country in World War I. 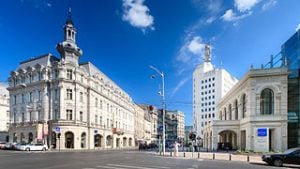 Its previous name was Mogosoaiei Bridge, but Victory Avenue is one of the oldest and famous streets in Bucharest, and you might even consider it quintessential to our Little Paris. Along this avenue there are architectural monuments, each with its specific style, which you will discover one at a time:

More tours and trips in Bucharest

The health and safety of our passengers and employees is our top priority. Because of the coronavirus COVID-19 pandemic, our company has taken a number of precautionary measures to provide the highest level of protection for our customer and stuff.

A cleaning procedure of the vehicle interior surfaces is conducted following each ride, and all vehicles areas are cleaned and disinfected daily. Furthermore, we have instructed all employees to seek medical attention immediately if they feel unwell, and we do not allow seek employee to report for work.

We made some changes to our regular services as a result of these precautions, such as the removal of all printed and reading materials from the seat-back pockets, water, or beverage offerings, and the limiting of all physical material sharing between passengers and drivers wherever possible.

We appreciate your understanding and we are dedicated to continuing to provide you with the highest level of services that you have come to expect.

We wish you the best of health and look forward to work together as soon as possible .